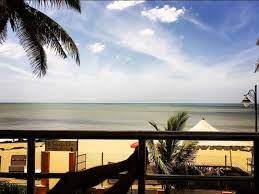 Puducherry is an Indian Union Territory that gives a taste of France in India. The Bay of Bengal borders it on the east, while Tamil Nadu borders it on three sides. Puducherry was previously known as Pondicherry, and its Vedic name was Vedpuri, until September 20, 2006.

Near Promenade Beach, there is a White Town neighbourhood that is designed to look like French towns. This location is also known as “India’s Little France,” “Quintessence of French culture,” and “The French Riviera of the East,” due to the presence of the French. Pondicherry is exactly the right dosage to make all of your French fancies come true.

Puducherry is well-known for its beautiful beaches. During the Indian independence struggle, it also housed radicals. Subramanya Bharathi and Aurobindo are two notable independence warriors. ‘Arvindo Ashram’ was founded in Puducherry after his name became popular all over the globe for Yoga and Spirituality instruction.

Puducherry has a long history dating back to the second century. “It was a trading hub where Roman products were imported in the first century CE,” archaeologists discovered during excavations in 1944 and 1949.

For a period, the Pallava dynasty ruled here in the fourth century. Following that, the Chola, Pandya, and many other southern dynasties reigned here, including Vijayanagar and the Madurai Sultanate. This tiny hamlet was transformed into a major harbour by French Governor Francois Marin in 1674.

With the French taking an interest in Puducherry, the city became well-known. Despite several battles between the French and the British, Puducherry remained consistently governed by the French for nearly 138 years.

On November 1, 1954, Puducherry was integrated into the Union Territory of India after French India ceased to exist. The city achieved significant growth in the 18th century.

The state’s past may still be seen in the structures and pathways here. Legends about French carpets may also be heard on state highways and in churches.

Pondicherry is a melting pot of Hinduism, Christianity, and Islam. Varadaraja temple devoted to Lord Vishnu, Villianur temple dedicated to Thirukameshwara, and Thirunallar temple dedicated to Planet Saturn, Sani are just a few of the Hindu temples in Pondicherry. Karaikal serves as a gateway to a number of religious sites along Tamil Nadu’s eastern coast. Near Karaikal are the Christian pilgrimage sites of Velankanni and the Muslim pilgrimage site of Nagore. Masthan Saheb Darga (dedicated to Sufi Saint Masthan Syed Buhari) is a holy site.

Many languages are spoken in Puducherry due to the variety of its culture. Tamil, Telugu, and Malayalam are the most widely spoken languages in the state. While English and French are also spoken here. The schools teach Tamil, Malayalam, and Telugu, as well as English and French, to students.

However, English is the most widely spoken language in the state. These languages differ depending on the district.

Puducherry’s clothing is quite similar to that of Tamil Nadu or a blend of Tamil and French ethnic attires. Puducherry wears both traditional and western clothing as a result of its fusion of French and Tamil cultures. Women in Puducherry wear saris with a blouse and a long skirt in the city; they avoid wearing beachwear since it attracts unwelcome attention. However, because it is the most liberal country, people dress in modern and western attire.

Men in Puducherry traditionally wear dhoti and kurta/shirt, although they also wear slacks and shirts nowadays. Because of the climate in the area, both men and women dress in cotton. The crimson ‘kepis’ and the belts worn by the local police are the only surviving apparent French influences in apparel.

The cuisine of Puducherry is well-known. Naturally, the French have a long culinary heritage that has merged with regional cuisines to produce a “mosaic of gastronomic integration,” as one writer put it. Puducherry is the only area in India where genuine French baguettes, brioches, and pastries may be purchased. Apart from that, local restaurants provide superb French food with Tamil, Malayalam, Telugu, Bengali, Gujarati, and Punjabi cuisines. Coconut Curry, Tandoori Potato, Soya Dosa, Podanlangkai, Assad, Curried Vegetables, Stuffed Cabbage, and Italian Baked Bean are some of the most popular prepared foods.

All of the meals have a gentler spicing than you’d get in Tamil food, but it’s considerably more prominent than you’d find in classic French cuisine. Dosas are created with meat and cheese, Chaiyos are produced with rice flour, Vindaloo is cooked differently than it is in Goa, and Prawn Malay Curry reflects the influence of Southeast Asia. A “quintessential” local cuisine is Pondicherrian Fish Assad Curry, a coconut-milk-based curry flavoured with anise and curry leaves and topped with a squeeze of lime. To appeal to the French palate, bouillabaisse was transformed into Meen Puyabaise with turmeric. Food from Pondicherry requires little oil to prepare and is easily absorbed.

Puducherry’s fairs and festivals showcase the region’s rich cultural heritage. A strong ties to Tamil Nadu, a history of French colonialism, and the influence of Rishi Sri Aurobindo all combine to bestow a multitude of festivities on Puducherry. Throughout the year, Puducherry hosts a variety of fairs and festivals. Some of the festivities are particularly intriguing and unique to Puducherry, and they are only held there. Pongal Festival, Masi Magam Festival, Tamil New Year, Chitrai Kalai Vizha, Villianur Temple Car Festival, Veerampattinam Car Festival, Bastille Day, Sri Aurobindo’s Birth Anniversary, Fete De Puducherry, and French Food Festival

Music and dancing are an essential element of the people’s cultural life in Puducherry. The inhabitants of this Indian union territory enjoy a variety of dance festivals. Cultural events are also held during the other festivals. The rich history of the Tamil tradition has had a huge effect on Puducherry’s music and dance traditions. 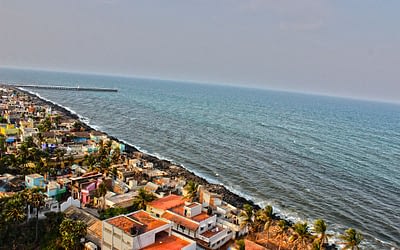 Plan your holidays at the beautiful destinations of Pondicherry this festive season.

How to save money while traveling to Pondicherry

Puducherry is one of the most beautiful destinations in India. Because of the extensive European influence in the area, it is known as a French town. The lovely beaches, old mansions, majestic cathedrals, and, of course, the food are all reasons to visit. The food...

Know the famous eateries in Pondicherry?

Pondicherry, sometimes known as 'Puducherry,' is a town on the Bay of Bengal that is regarded as India's "Little France." The town is well-known for its significant colonial past, and the effects of various colonial powers, including those of the Netherlands,...